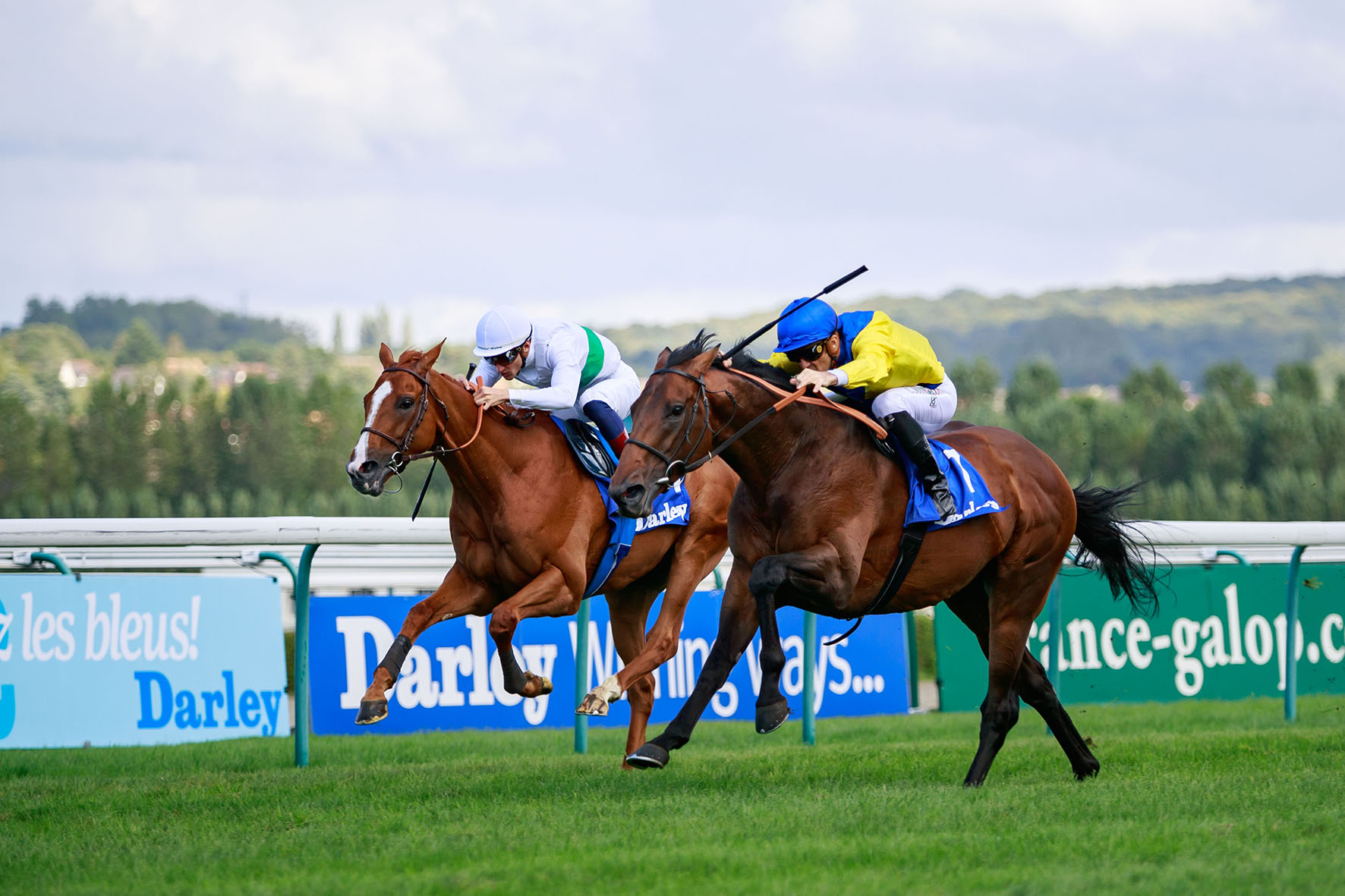 Following a second success in the Group 2 Darley Prix Kergorlay at Deauville in August, the Hughie Morrison trained Marmelo by Duke of Marmalade out of Capriolla by In The Wings was retired and is now looking forward to start his new career as a stallion at the Grand Courgeon Stud.

A winner of seven races, including five Group races, he was also the runner-up seven times in high profile races like the famous Melbourne Cup where only a length separated him from the winner Cross Counter in 2018.

In his career he has broken track records at York and at Chantilly and apart from having plenty of speed, he also has lots of stamina. His sire and dam have produced Group winners on the flat but also over jumps, which makes him a very interesting and potentially versatile stallion prospect.

This promising newcomer will join the Grand Courgeon in mid-December and will be shown at the Salon des Etalons du Lion d’Angers next January.

In the meantime, don’t hesitate to study his profile by clicking here….
Full pedigree available to download.