Marid by TM Fred Texas out of Al Dahma (Amer) is the champion three-year-old Purebred Arabian in France by earnings, thanks to his two victories in Group 1 PA races, including the All Rayyan Cup – Prix Kesberoy at Deauville in August and the Qatar Arabian Trophy des Poulains at Saint-Cloud in October.
Bred by the Grand Courgeon Stud for his owner Sheikh Abdullah bin Khalifa Al Thani and trained by Antoine de Watrgiant, Marid is the progeny of two great champions.

His sire, TM Fred Texas, bred in the United-States by Todd Moak and owned by Al Shaqab Racing, recorded 11 victories, including the prestigious Group 1 PA Dubai Kahayla Classic at Meday. His dam Al Dahma, bred by Umm Qarn in the UK, is without doubt one of the most decorated mares in the world of Purebred Arabians. She won 25 times, including ten Group 1 PA victories like the HH The Emir’s Sword and the Qatar National Day Trophy, both of which she won twice, the Qatar International Trophy that she won three times, the Shadwell Dubai International Stakes, the Coupe d’Europe des Chevaux Arabes and the International Malazgirt Trophy. She was also the runner-up of the Qatar Arabian World Cup and various other races.

Marid is not the only product bred by the Grand Courgeon Stud that features in the Top Ten. In fact, four more Purebred Arabian three-year-olds have made it into the Top Ten, including:

- Al Haffanah by Amer out of Al Nachmiya (Azadi), owned by Al Shaqab Racing, who sits third in the Top Ten and is the highest ranked filly thanks to two victories in two starts, including the Group 1 PA Qatar Arabian Trophy des Pouliches at Saint-Cloud.

- Adiba by Burning Sand out of Al Anqa (Amer), owned by Sheikh Abdullah bin Khalifa Al Thani is the winner of the Group 2 PA French Arabian Breeders’ Challenge des Pouliches at Toulouse and ranks sixth in the France’s Top Ten of three-year-olds.

- Neef, a son of General and Sarahmina (Tornado de Syrah) ranks eighth in the Top Ten, thanks to two victories, including the Group 3 PA Prix Cheri Bibi at La Teste. He is owned by Sheikh Abdullah bin Khalifa Al Thani.

- Shalaa, a son of Dahess and Dormadora (Dormane) is the tenth highest ranked horse. He is owned by Al Shaqab Racing and won the Listed PA Prix Ourour at Toulouse and finished third in the Group 1 PA Qatar Arabian Trophy des Poulains at Saint-Cloud.

All of these horses were born at the Grand Courgeon Stud and are descendants in either the first of second generation of the stallion Amer.

- Khataab by Amer out of Djelana (Al Sakbe), a six-year-old bred by Alban de Mieulle and owned by Al Shaqab Racing, is the second highest rated horse thanks to his remarkable performance in the Group 1 PA Qatar Arabian World Cup where he was the runner-up.

- Yazeed by Munjiz out of Al Dahma (Amer), a five-year-old who runs in the colours of Sheikh Abdullah bin Khalifa Al Thani, is ranked sixth thanks to his victory in the  Group 1 PA Qatar Cup – Prix Dragon, a prep race for the Qatar Arabian World Cup.

- And featuring in tenth place is the four-year-old Rijm by Azadi out of Kerjam (Dormane), bred by the Grand Courgeon Stud for Sheikh Joaan bin Hamad Al Thani and owned by Al Shaqab Racing. Rijm lifted the Group 1 PA French Arabian Breeders’ Challenge Classic at Toulouse at the end of the season and was the runner-up in the Group 1 PA Qatar Arabian Derby des 4 ans at Chantilly. 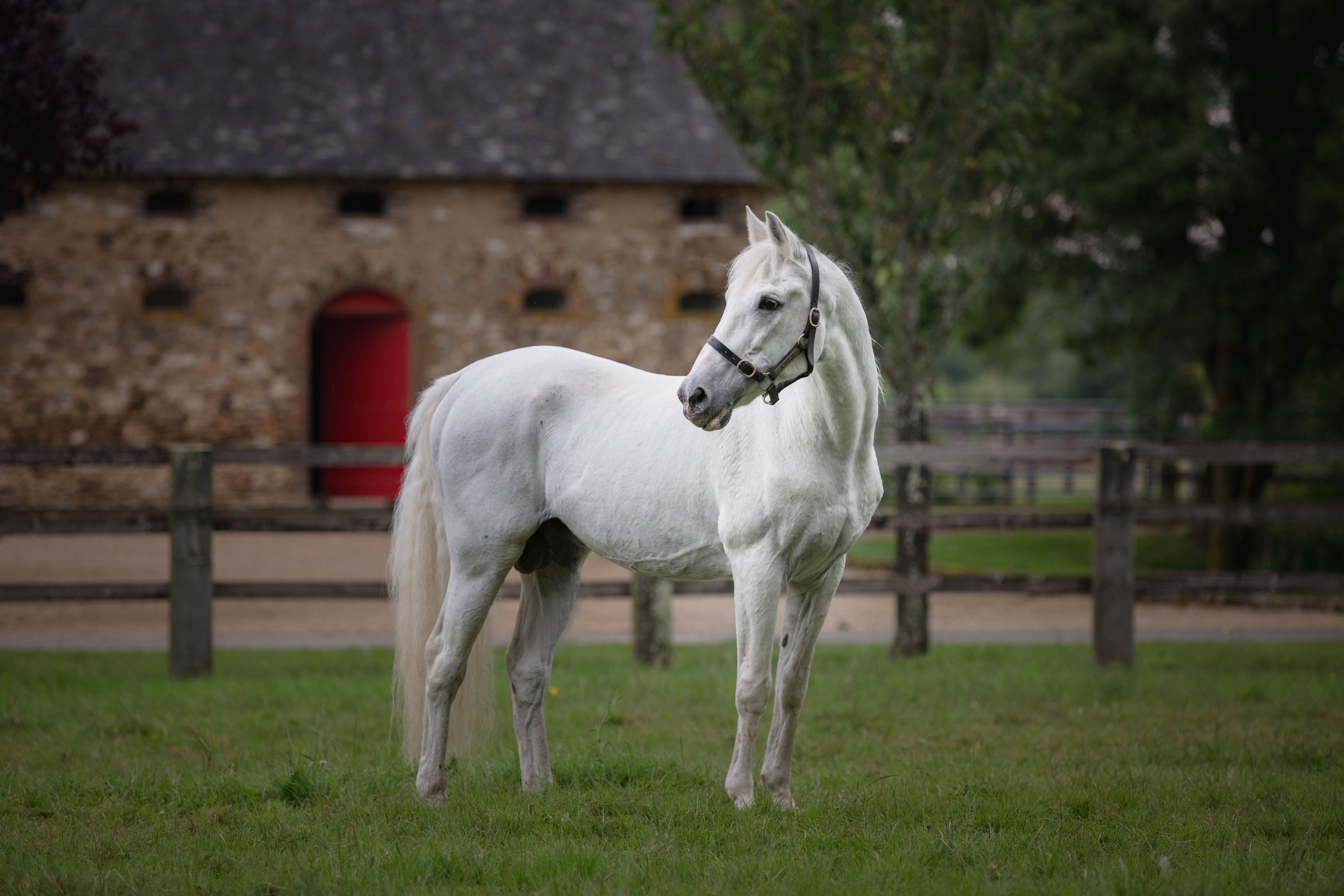 For the third consecutive year, Amer by Wafi out of Bushra, who passed away in June 2017 at the age of 33, is the leading sire in all categories in France, as well as the global leading sire of four-year-old and older horses.

Despite his advanced age at the time of his death and a reduced production in the final seasons of his active years, he remains in third place as sire of three-year-olds.

However, it is his rise to leading broodmare sire, thanks to only eleven mares of which five have produced winners that has allowed his reputation to become even more formidable. Amongst his daughters feature Al Dahma, dam of Marid and Yazeed, as well as Al Anqa, dam of Adiba and Asmaa Al Khalidiah, who produced the Qatar Arabian World Cup winner Fazza Al Khalediah.

Thanks to his remarkable off-spring, Amer has laid the foundation of a great gene pool. Three of his oldest sons, Nizam, Majd Al Arab and General have finished in the Top Ten stallions. The first generation of the likes of Divamer or Tabarak, have made a promising racecourse debut in 2018. All of them stand at the Grand Courgeon Stud which is also home to his most successful daughters.

Download the 2018 Rankings in France, of horses and stallions.