MY FIRST GENERAL GETS HIS FIRST WIN IN EUROPE

On 9th July, My First General by General out of Desirama (Darike), born and bred at Haras du Grand Courgeon, won the Listed PA Shadwell Arabian Stallions Stakes, a 2150 m race run at Duindigt racecourse in the Netherlands.
The four-year-old colt is owned by Mr Patrice Nicolet, is trained by Alban de Mieulle and jockey Jean-Baptiste Hamel led him to the win.
Winner at Doha in January 2017, My First General got his first European victory at Duindigt. 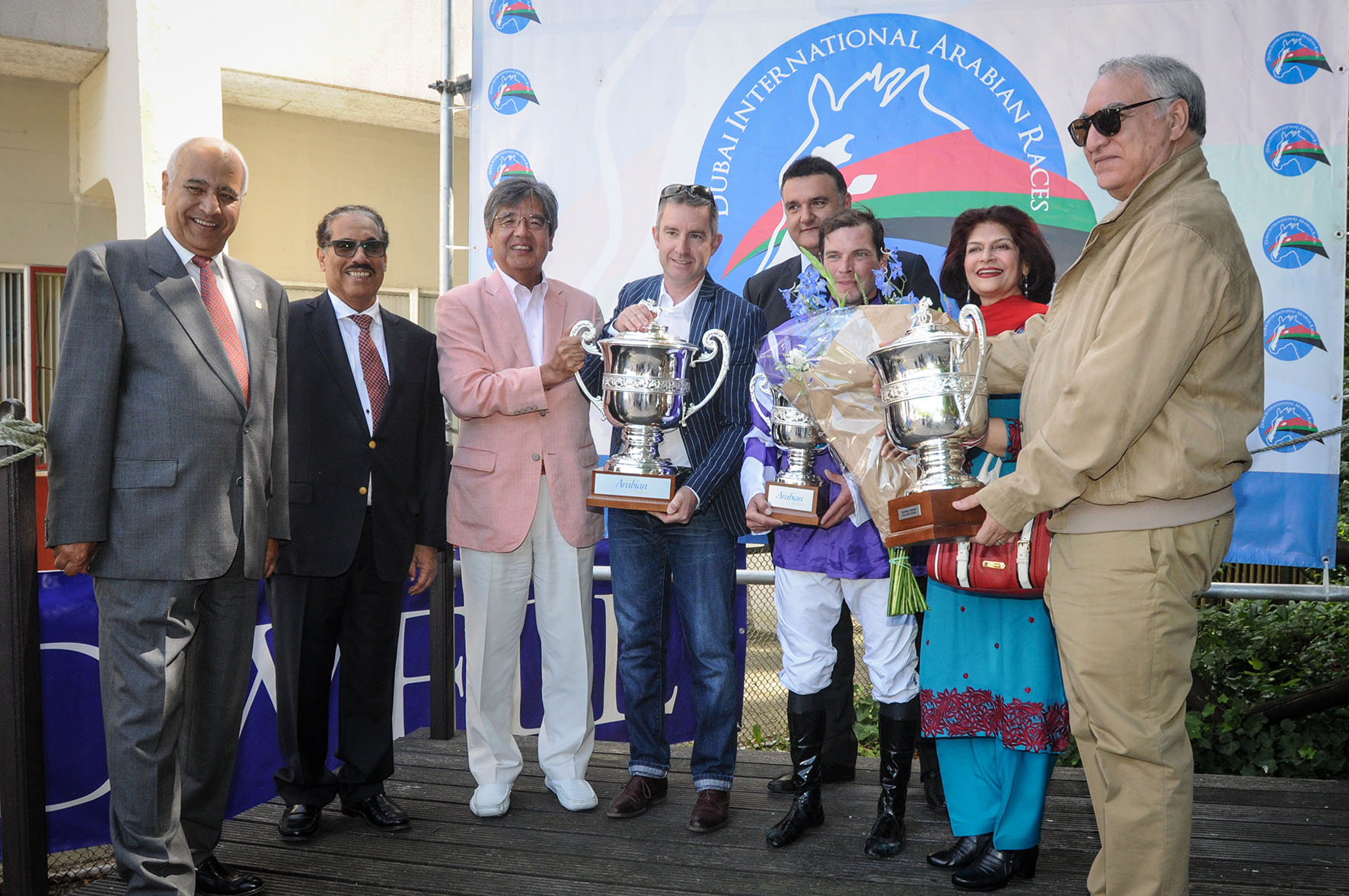