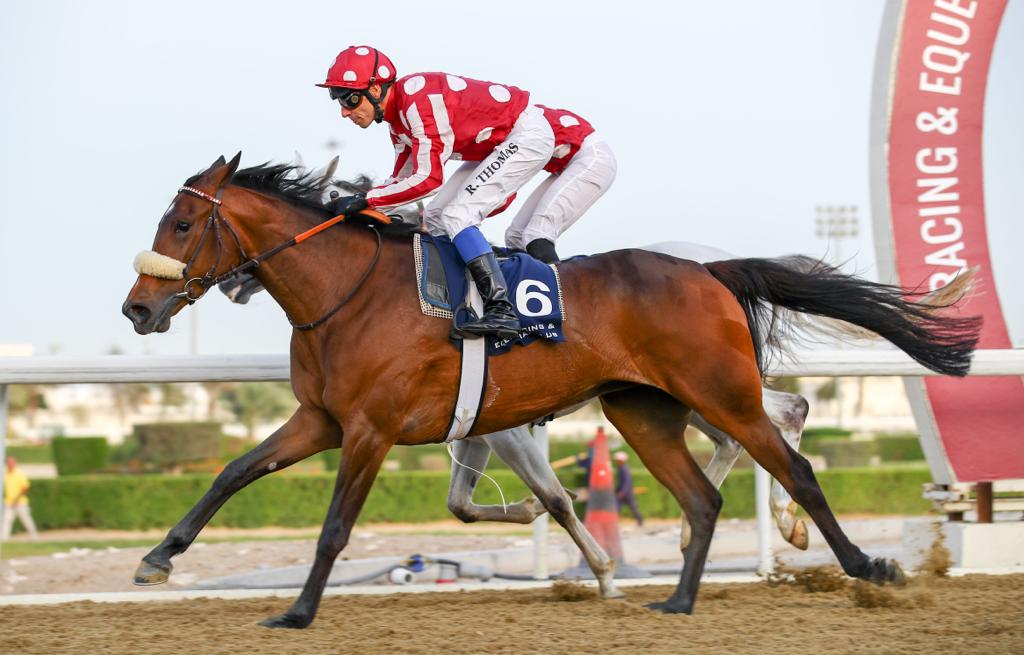 On 20 March at Doha racecourse, Badda by Seraphin du Paon out of Raqiyah got her first victory. She won a 1700 metre Purebred Arabian Maiden plate for fillies and mares. Born and bred at the Haras du Grand Courgeon the four-year-old is owned by Sheikh Abdullah bin Khalifa Al Thani and trained by Alban de Mieulle. On 6 March, for her first start, she was the runner-up of a 1200 metre P/A Maiden Plate. Today jockey Ronan Thomas guided her to her first victory.
She is followed by her stable compain: Naima, by TM Fred Texas out of Al Zubarah, born and bred at Umm Qarn Qatar, offering a one-two to trainer Alban de Mieulle. 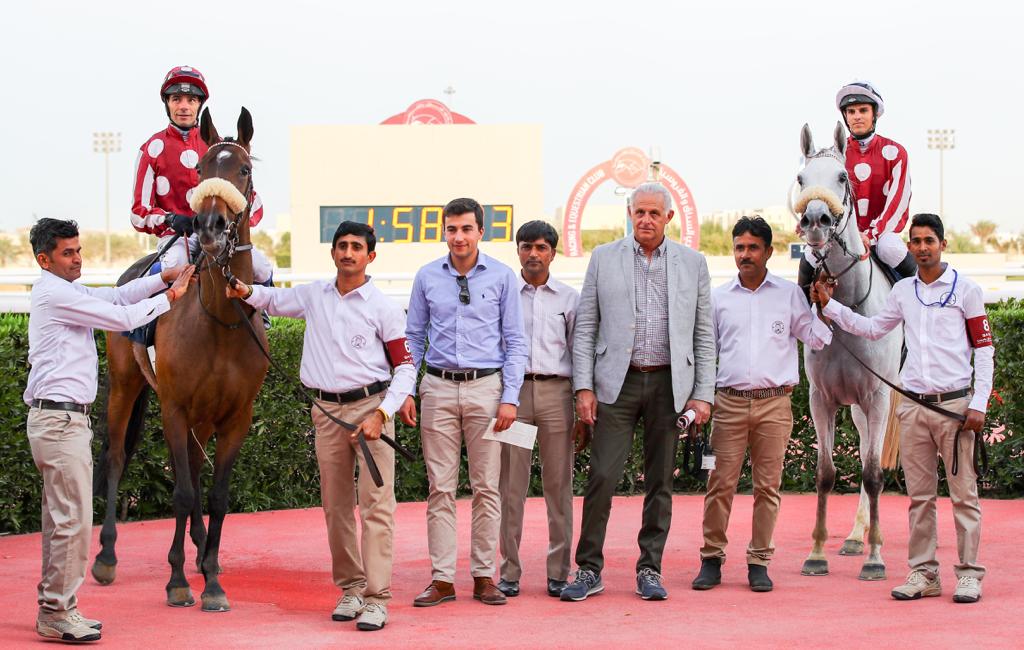