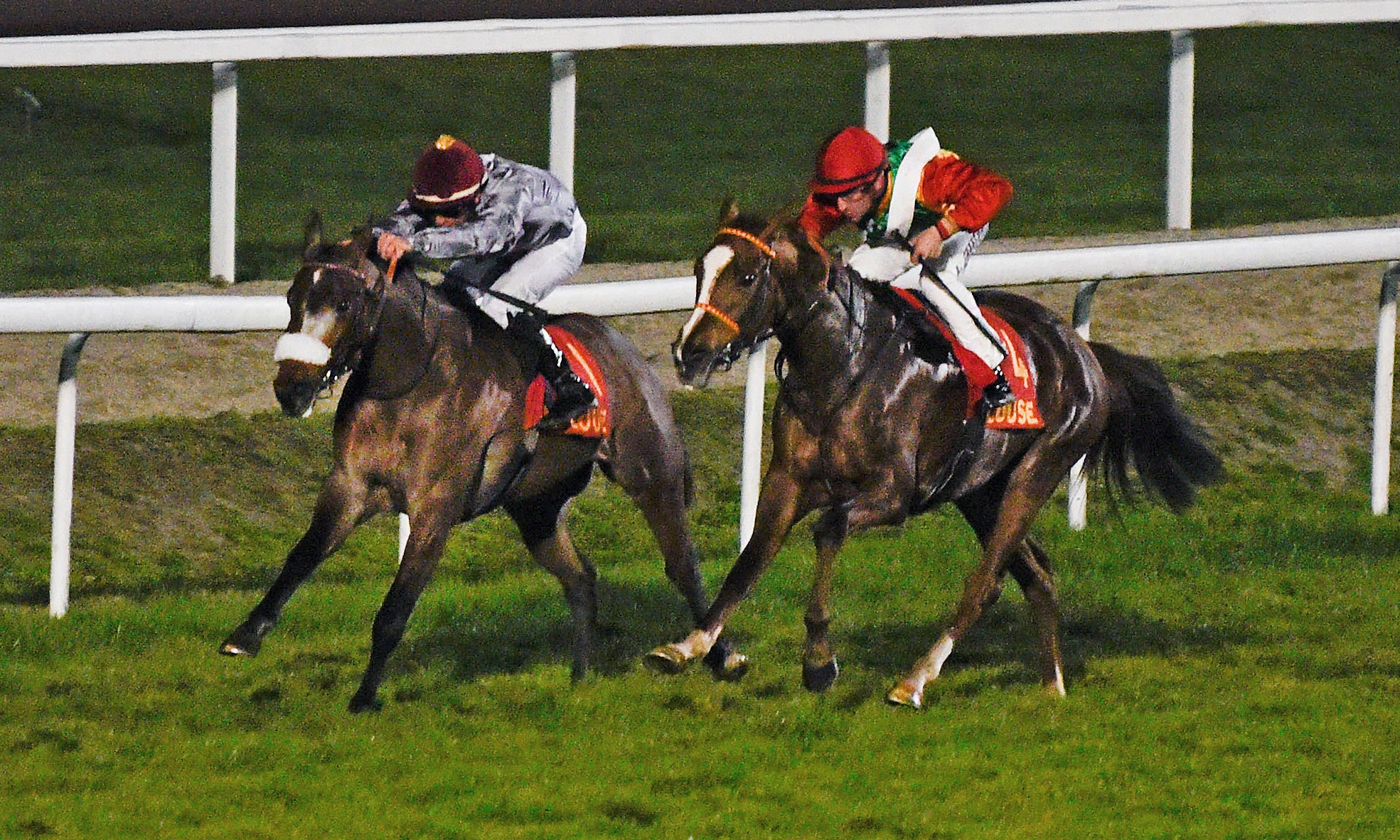 On 17th March at Toulouse racecourse, Al Ghashamiya by General out of Nefertarie (Mahabb) got her first victory in the Prix Magic de Piboul run on 2000m. Born and raised at the Haras du Grand Courgeon for Sheikh Joaan Al Thani, the four-year-old filly trained by Thomas Fourcy has already a nice palmares. Before this race, she totalized four second places for five starts including runner-up of the Group 1PA Qatar Arabian Trophy des Pouliches at Saint-Cloud.
In the Prix Magic de Piboul, she was followed by another filly bred at the Haras du Grand Courgeon: Siya by Munjiz out of Josika (Darike) who is owned by the Royal Cavaly of Oman and trained by Elisabeth Bernard.