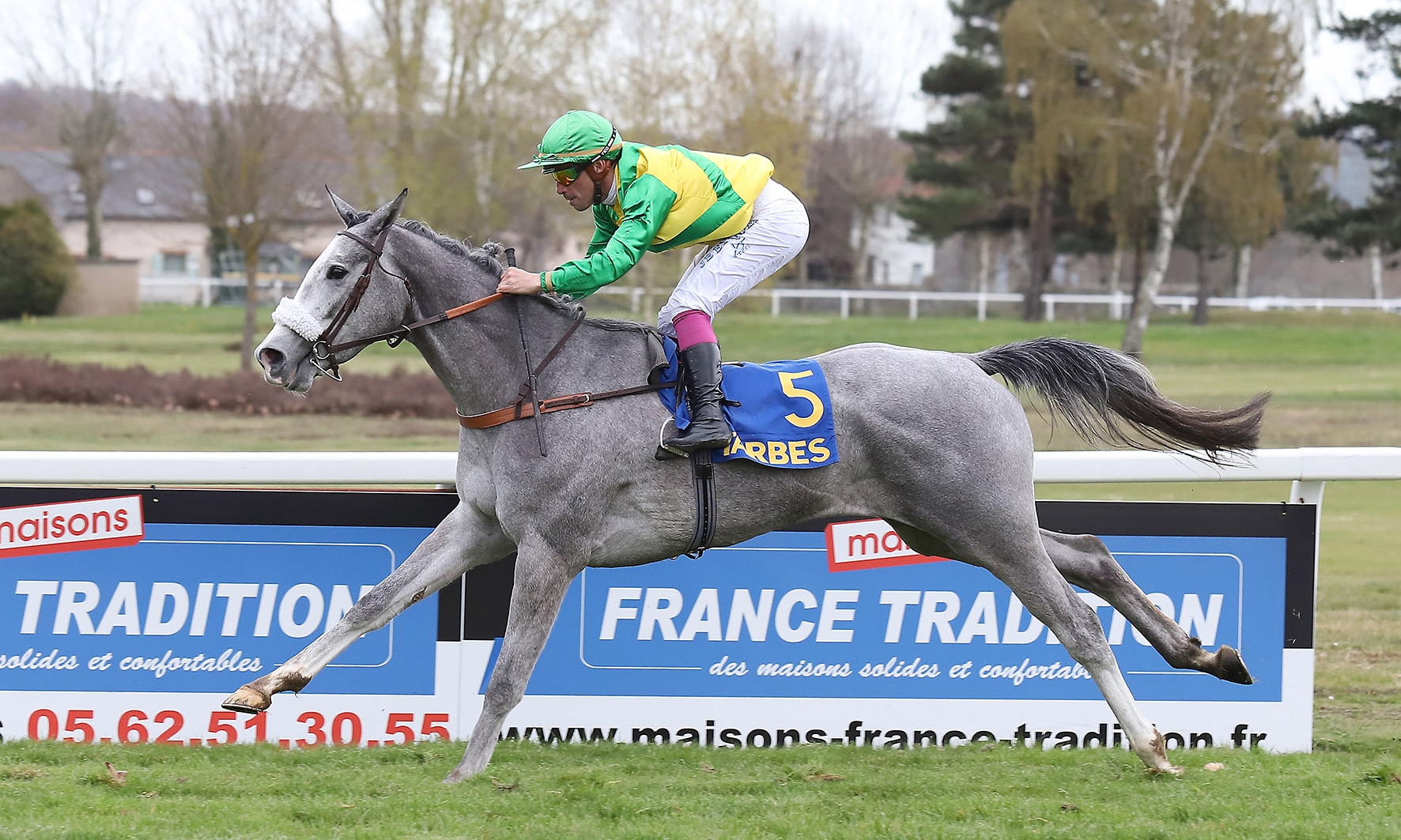 On the 2nd of April, at Tarbes racecourse, the three-year-old anglo-arab colt Eaupinel by Divamer out of Penelope Dancer (Roakarad) won the 2100 meter race Prix du Grand Tarbes. This is the second start of the colt who was the runner-up of the Prix de Corene run at Agen on 11th March.

Congratulations to his owner the Ecuries d'Ossau who breded him in partnership with Christian Castaing, and to his trainer Hector de Lageneste. Well done to Jean-Bernard Eyquem who led him to his first win.