FIRST WINNER IN FRANCE FOR KALINO 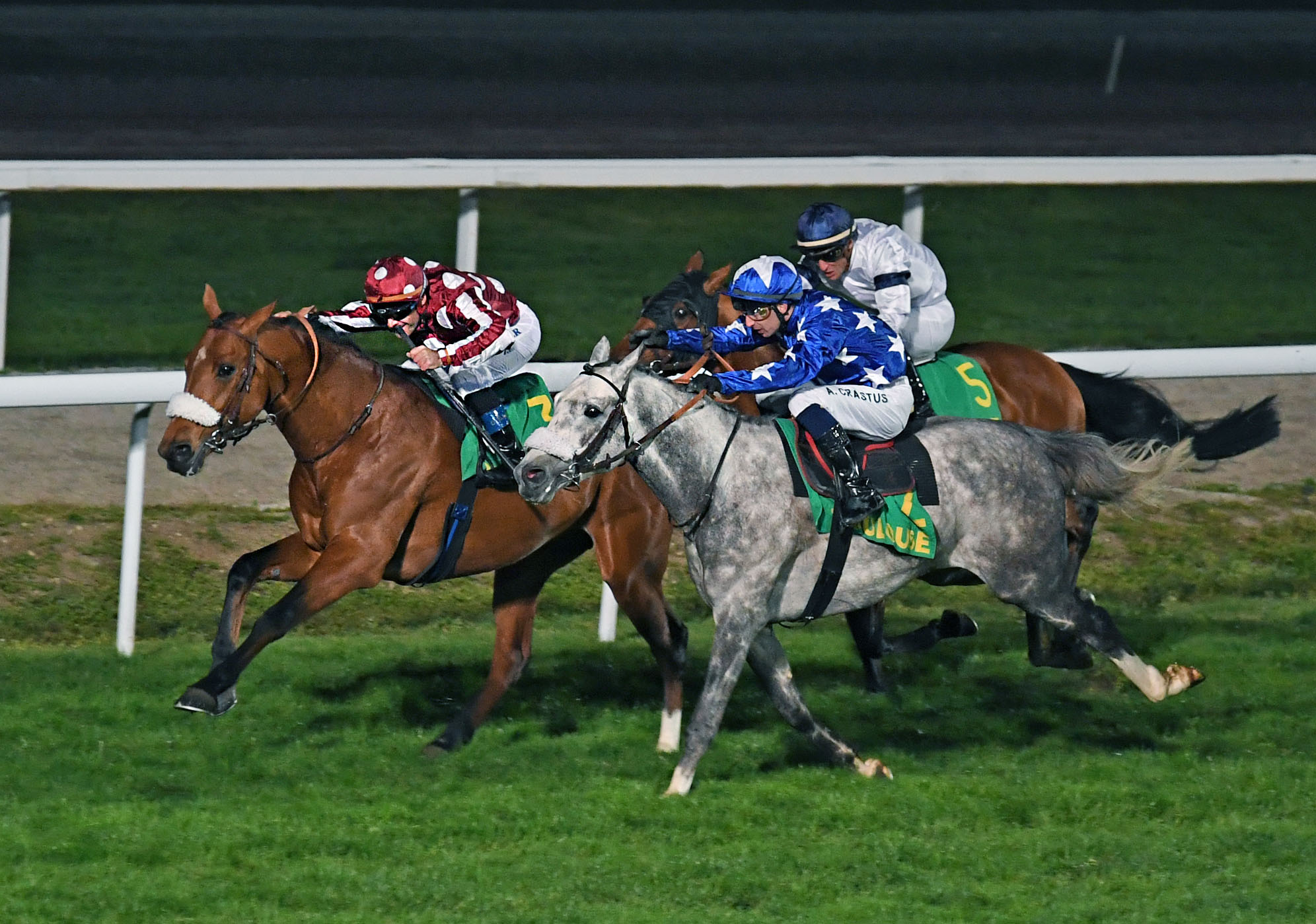 On 7 March 2022 at Toulouse racecourse, the four-year-old Salwa by Kalino out of Raqiyah (Amer) got his first win when he lifted the 2100m Prix Warda-Jean-François Bernard. Bred at the Grand Courgeon Stud for the SCEA of Haras de Victot Salwa is owned by H.H. Sheikh Abdullah bin Khalifa Al Thani and he is trained by Thomas Fourcy. Olivier Peslier guided him to this first success.
Twice placed at 3, Salwa becomes the first winner in France for his sire Kalino who is standing at Umm Qarn Doha.
Frozen semen is available at Haras du Grand Courgeon.