FOURTH WIN OF THE SEASON FOR DABAAB

On 11 April 2019, the five-year-old Dabaab by Munjiz out of Haifaa, born and bred at the Haras du Grand Courgeon for Sheikh Abdullah bin Khalifa Al Thani who also owns her, got her fourth victory of the 2018-2019 season. Partnered with jockey Mathieu Pelletan, she won a Purebred Arabian Conditions race run over a mile.
The runner-up was a Majd Al Arab's filly: Al Naama out of Entisar, owned by Al Shaqab Racing and ridden by Faleh Bughanaim. Both are trained by Alban de Mieulle. 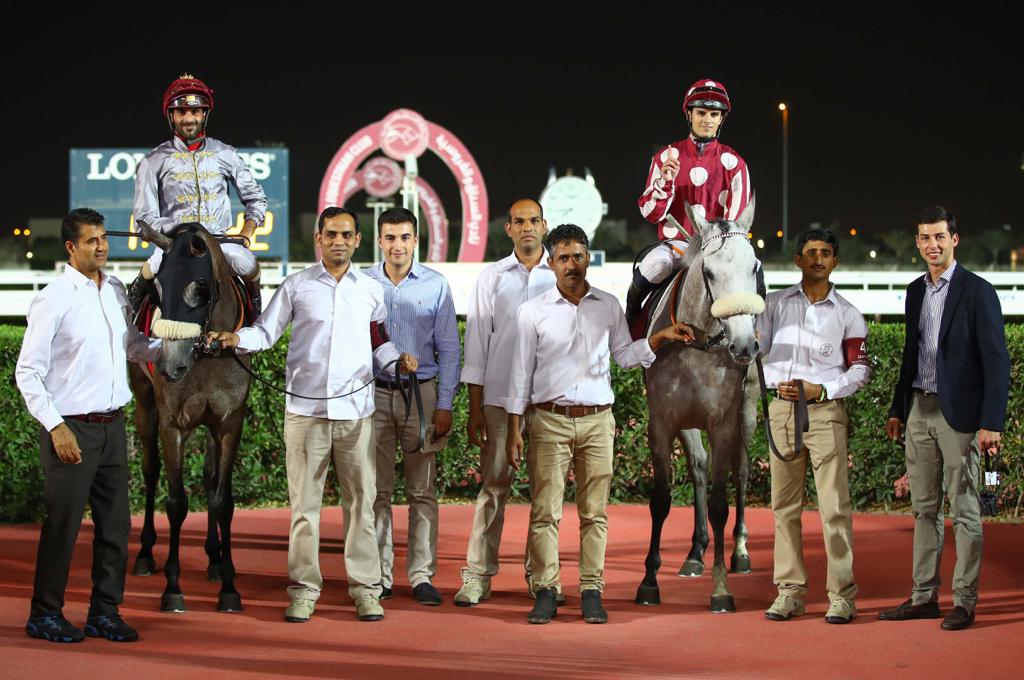