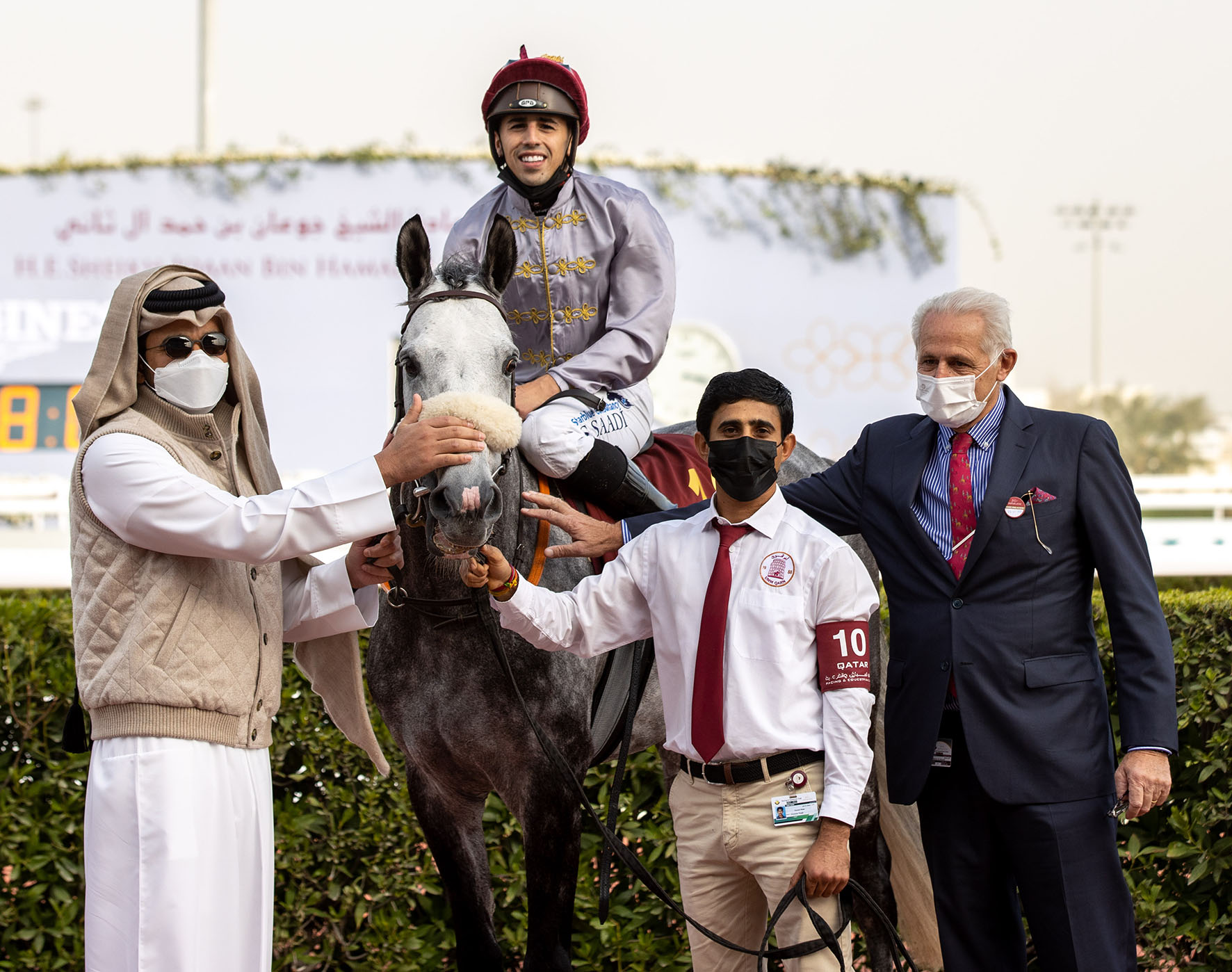 On 29 January at Doha, Mwarid by Amer out of Al Nachmiya (Azadi) got his third consecutive victory of the season and the sixth consecutive win of his career. He lifted the 2200 m H.E. Sheikh Joaan bin Hamad Al Thani Trophy (Gr.3PA) in front of Abbes by TM Fred Texas out of Raqiyah (Amer). The two horses were born and bred at the Grand Courgeon Stud, the first for Al Shaqab Racing and the second for the SCEA of the Haras de Victot. Both are trained by Alban de Mieulle. Mwarid is owned by Al Shaqab Racing and Abbes carries the silks of Umm Qarn.
Jockey Soufiane Saadi was on the winner and Ronan Thomas riden Abbes.