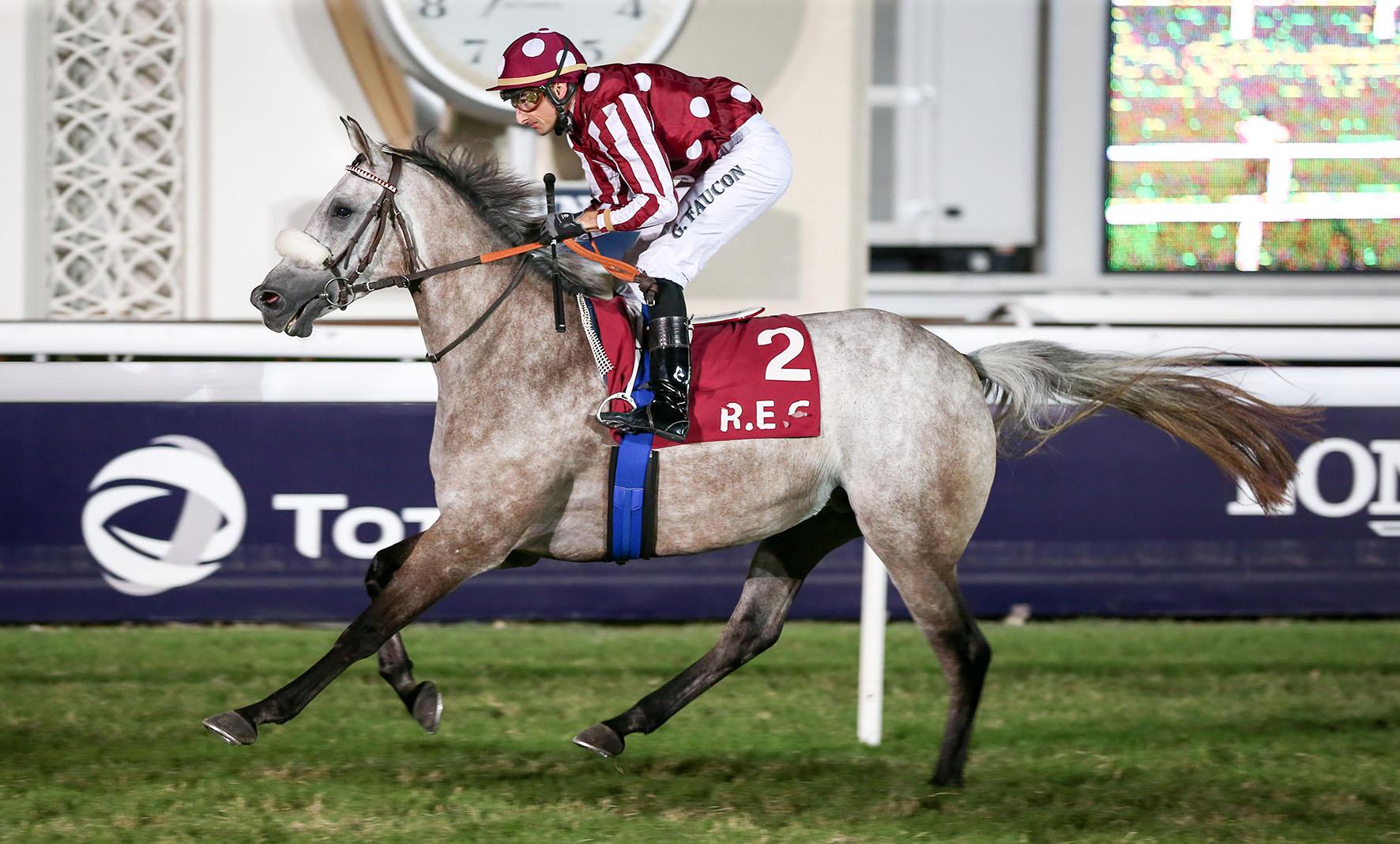 In the next race, a one mile event open to 3-years-old fillies born and bred outside Qatar, HUMAM FR by General and out of Babyleaune got the victory. HUMAM is born and bred at Haras du Grand Courgeon and this is her second win since she is arrived at Doha for 2016/2017 season.
Congratulations to jockey Gaëtan Faucon and trainer Alban de Mieulle.