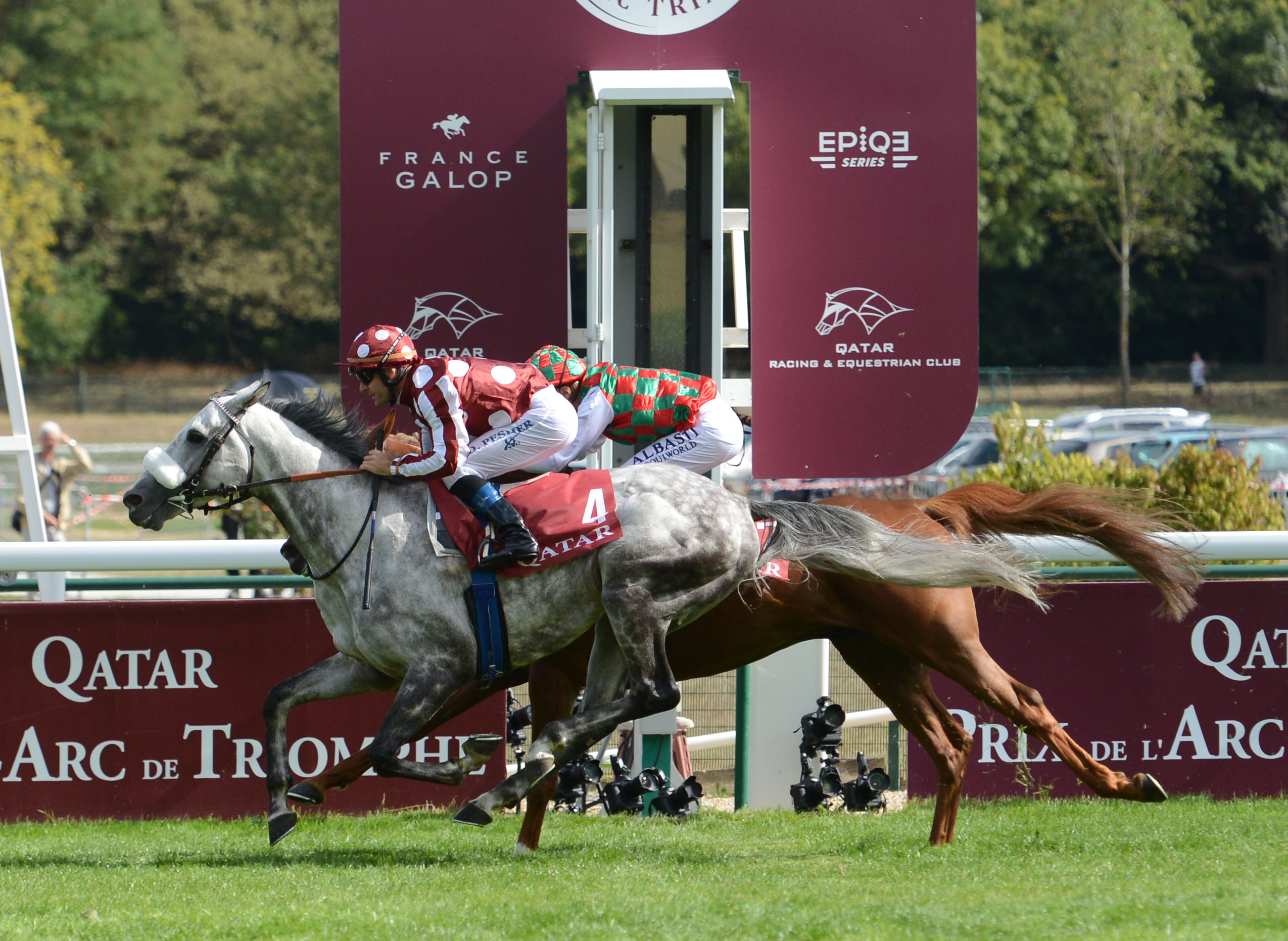 For his European come back Yazeed by Munjiz out of Al Dahma (Amer) won the Group 1PA Qatar Cup-Prix Dragon, the stepping-stone to the Qatar Arabian World Cup which will held on 7 October 2018.

Born and bred at the Haras du Grand Courgeon for Sheikh Abdullah bin Khalifa Al Thani who is also his owner, Yazeed is the first progeny of the champion mare Al Dahma by Amer out of Al Hanoof. From 3-year-old to 8-year-old, this exceptional mare won 25 races including 16 Group 1PA races or equivalent.

Yazeed who proved today 16 September 2018 his excellent condition, is trained by Alban de Mieulle and Olivier Peslier guided him to the win. 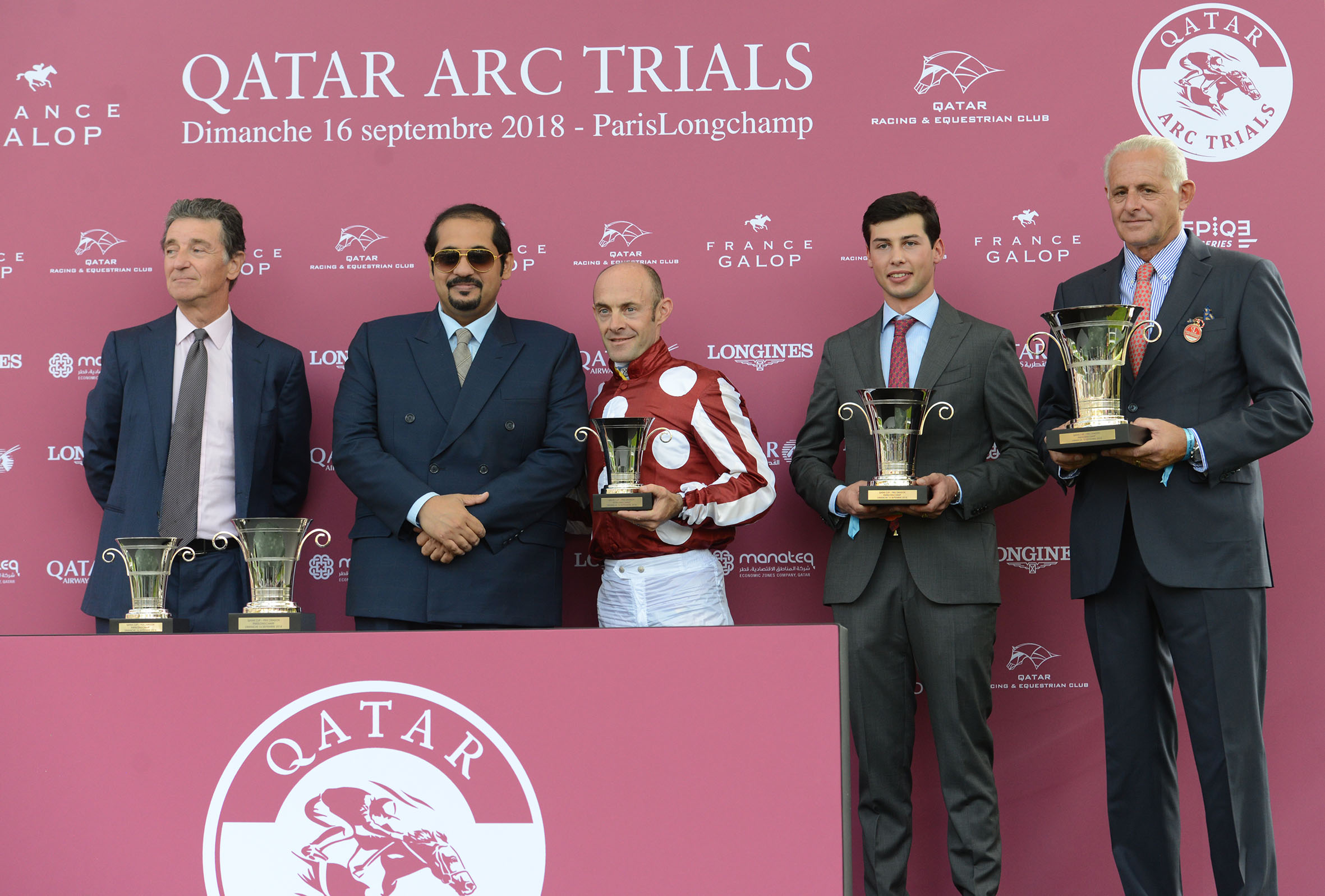