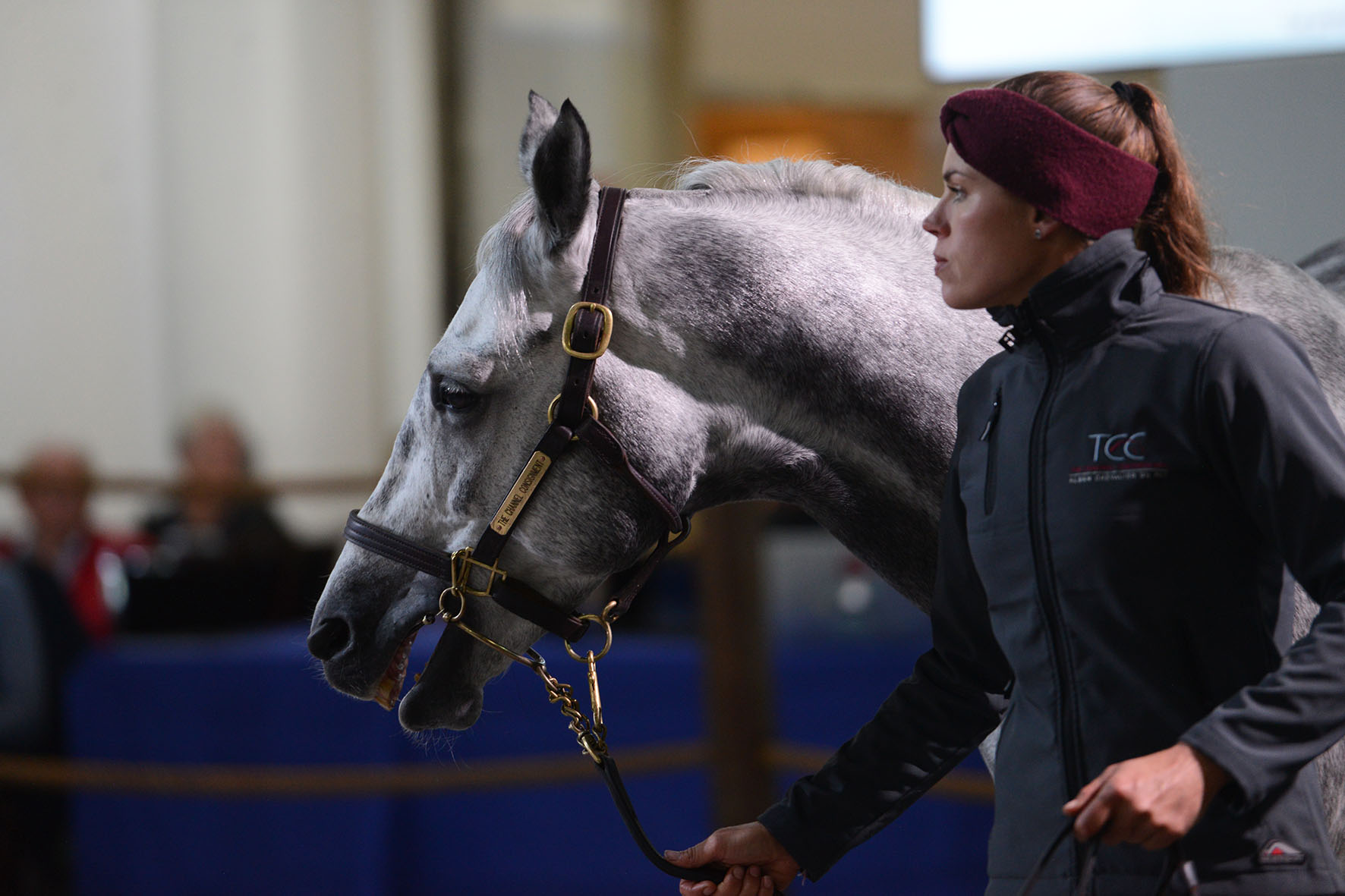 The yearly Arqana and AFAC organised Purebred Arabian sale took place on 3rd October at the Saint-Cloud racecourse and progeny from stallions standing at the Grand Courgeon Stud were selling fast.

In the two-year-old category, two colts by Nizam, which were consigned by the de Mandore Stud, fetched the highest bids. Shaaraf out of Cherazade (Dormane) sold for 65 000 Euros to Mandore International Agency for the Sultanate of Oman, while Saahar out of Djesabelle (Dormane) was sold for 55 000 Euros to the MAB Agency.

In the "horses in training" category, the top-price was recorded by a three-year-old, notably the Philippe Sogorb trained Minstrel by Majd Al Arab out of Colette (Dormane), who was bred by the Niarchos family, who also raced him. He was sold for 190 000 Euros to trainer Debbie Mountain and is going to pursue his career in Doha where he will sport the colours of Hassan Ali Abdulmalik.

In the future stallion category, it was Lwsail by Amer out of Kerra (Kesberoy), bred by the Grand Courgeon Stud for Al Shaqab Racing, who made the top-price when he was sold for 62 000 Euros. Consigned by Channel Consignment, he was bought by Paul Nataf.