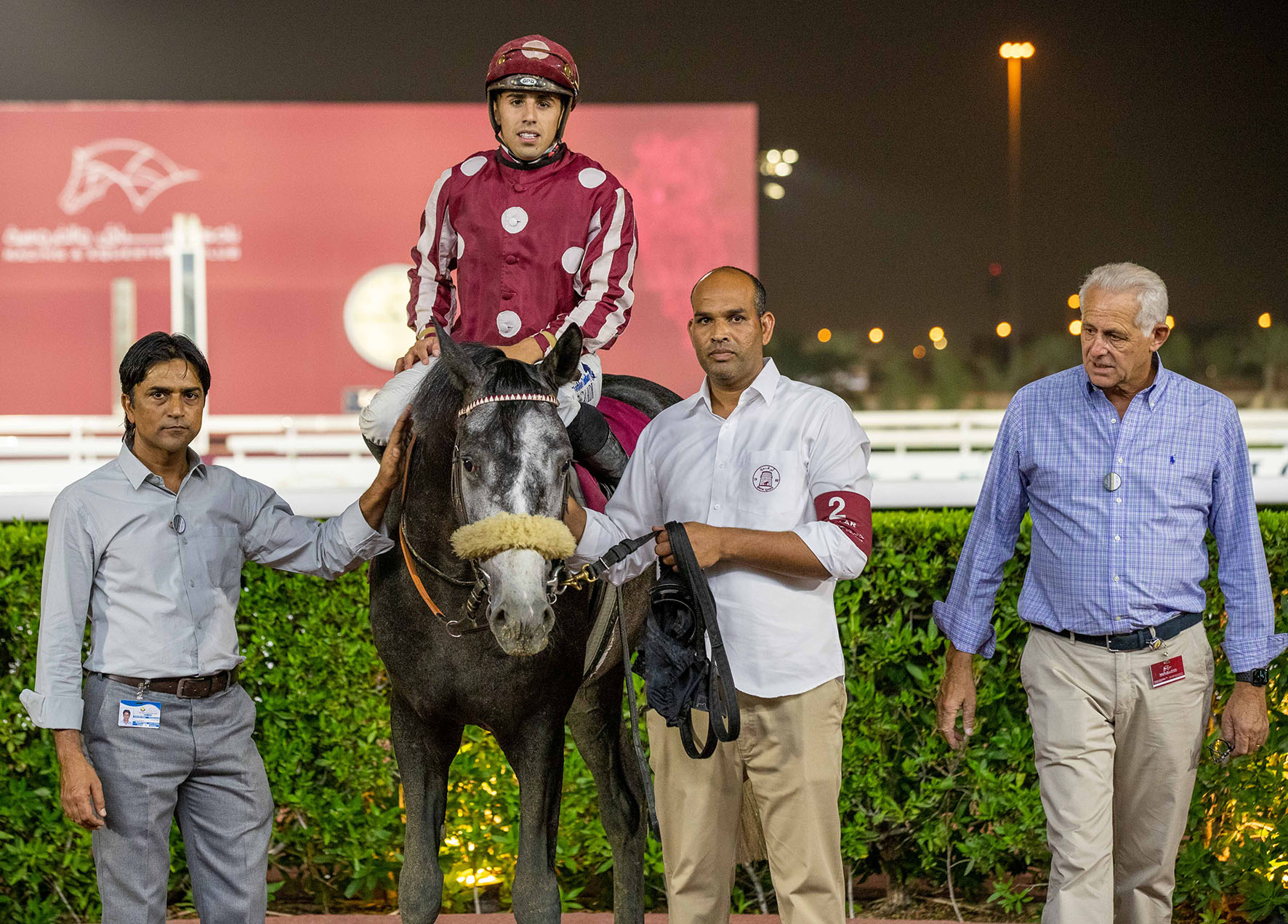 After being a winner of a maiden plate race, followed by a victory in a novice plate race, since the beginning of his first racing season, Abu Thaylah won a 1900m handicap race on 27 April at Doha.

Born and bred at the Grand Courgeon Stud for the SCEA of the Haras de Victot, the son of General and Al Basheq (Dormane) carries the silk of Umm Qarn and he is trained by Alban de Mieulle. Jockey Soufiane Saadi was in the saddle.