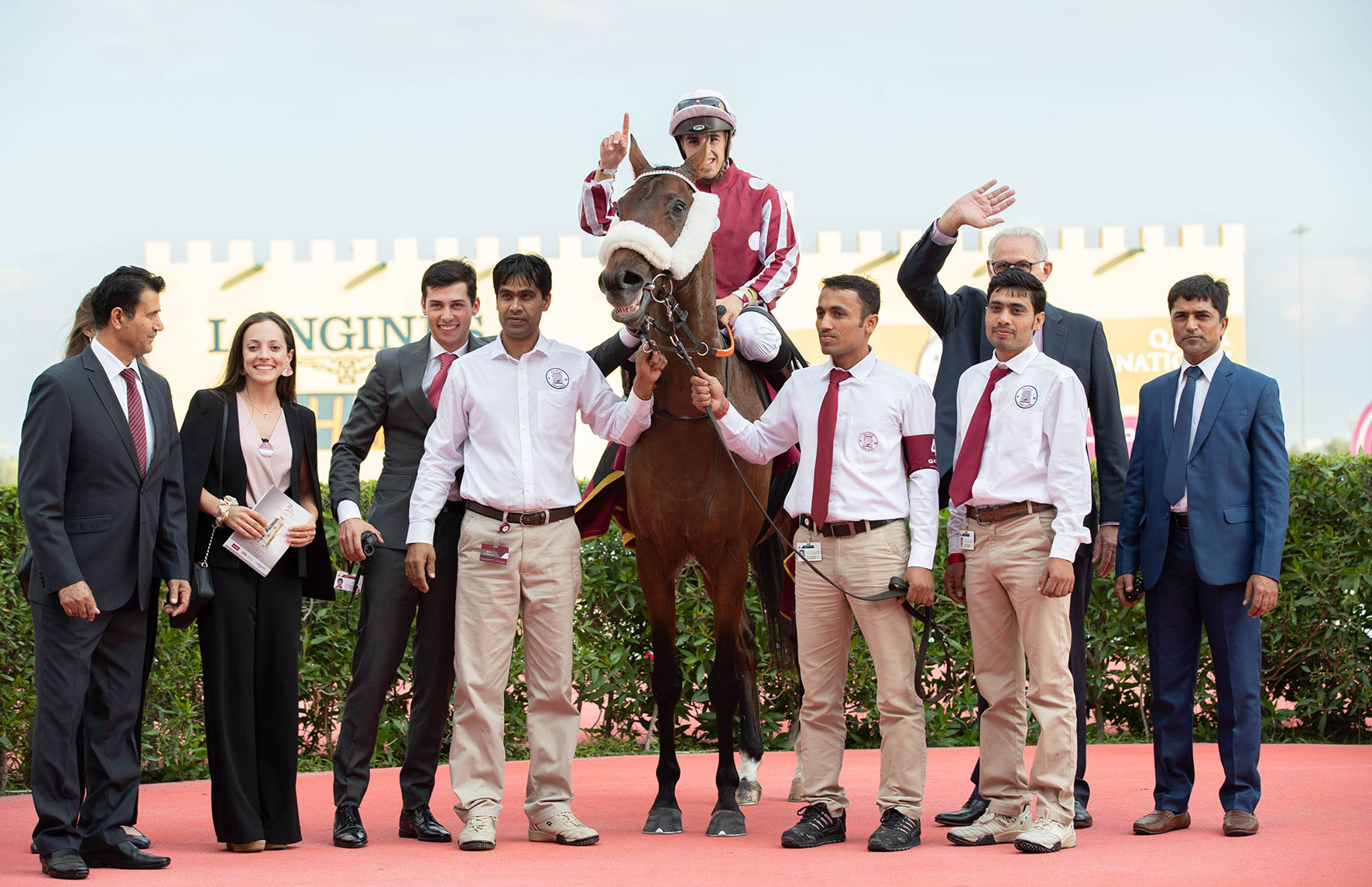 For the third start of his young career, Jabalah by Al Mamun Monlau out of Kouthar (Nizam) accesses to the Group PA victory. On 21 December at Doha, he won the Group 3PA Qatar Derby for three-year-olds.
Born and bred at the Grand Courgeon Stud for the SCEA du Haras de Victot, the 3-y-o is owned by H.H. Sheikh Abdullah bin Khalifa Al Thani and he is trained by Alban de Mieulle. Jockey Soufiane Saadi guided him to the victory.
His sire Al Mamun Monlau is standing at the Haras du Grand Courgeon. 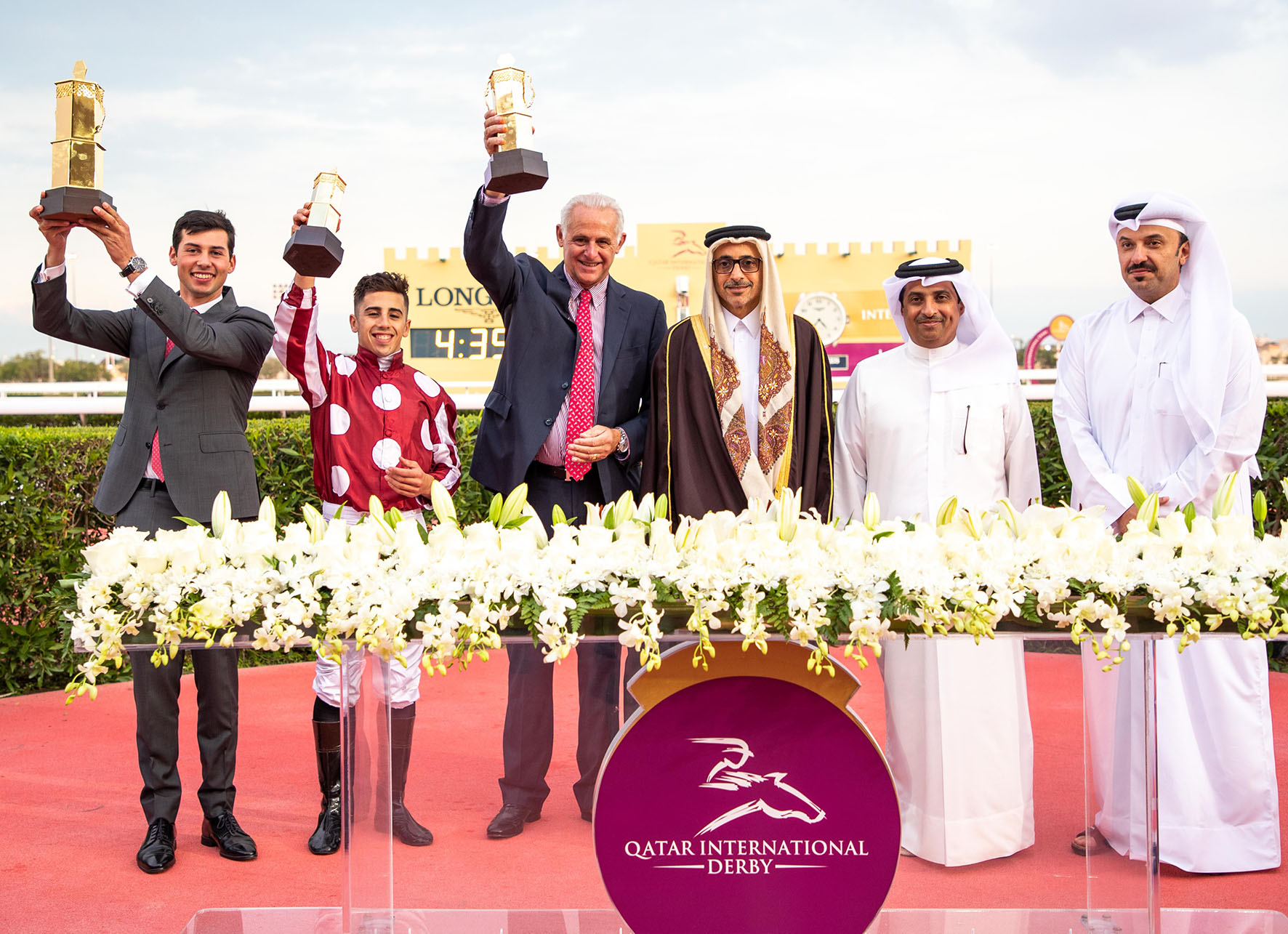