On 13 March 2019 at Doha Racecourse, the 6-y-o mare Bint Amir by Amer out of Al Hanoof got her first victory of the 2018/2019 season. The General and Al Dahma full sister won a Purebred Arabian Handicap race run over 1200m. Born and bred at the Haras du Grand Courgeon for Umm Qarn, the stable owned by Sheikh Abdullah bin Khalifa Al Thani, Bint Amir is trained by Alban de Mieulle and jockey Damien Morin was in the saddle.
The runner-up of this race is also a Purebred Arabian horse born and raised at the Haras du Grand Courgeon. Al Neksh by Amer out of Redjila is owned by Mr Mansoor Ebrahim S.I. Al-Mahmoud and is trained by Jassim Ghazali. 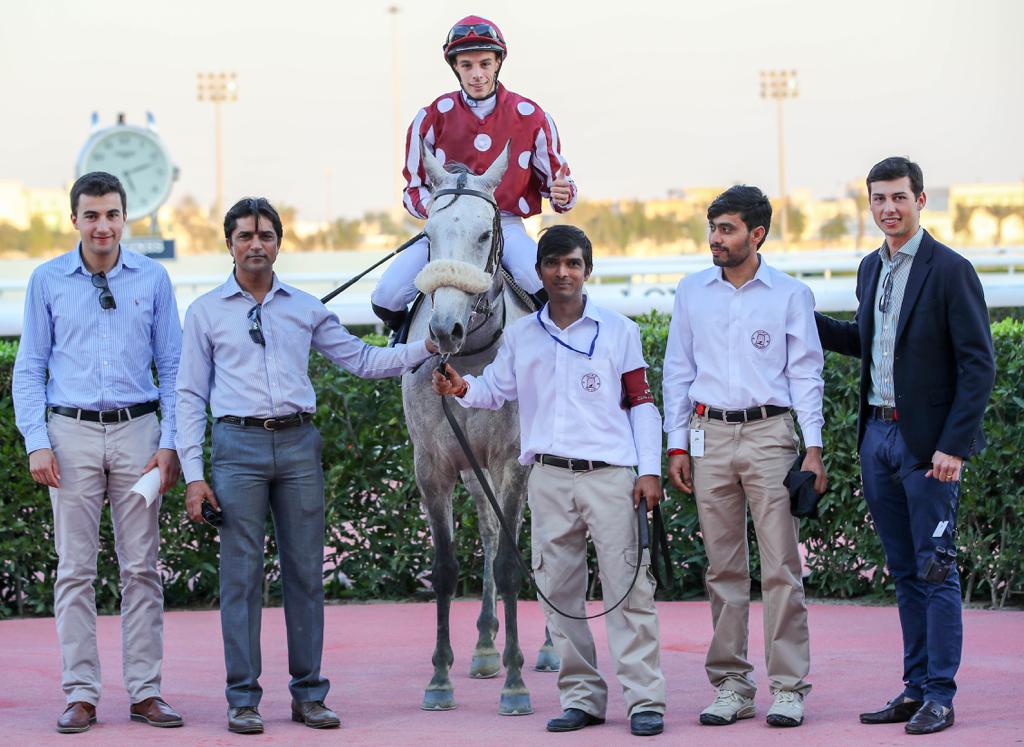