On 28 March at Doha, the 4-y-o colt Mehdi by Majd Al Arab out of Jaljalah won a 2200 metre Local Purebred Arabian Maiden Plate.
The runner-up is the 4-y-o filly Aaila by Majd Al Arab out Dalkia du Monteil. Both are bred and owned by Umm Qarn and trained by Alban de Mieulle. The distance between the two contenders was only from a head.

Their sire Majd Al Arab by Amer out of Djelmila (Manganate) is standing at the Haras du Grand Courgeon. 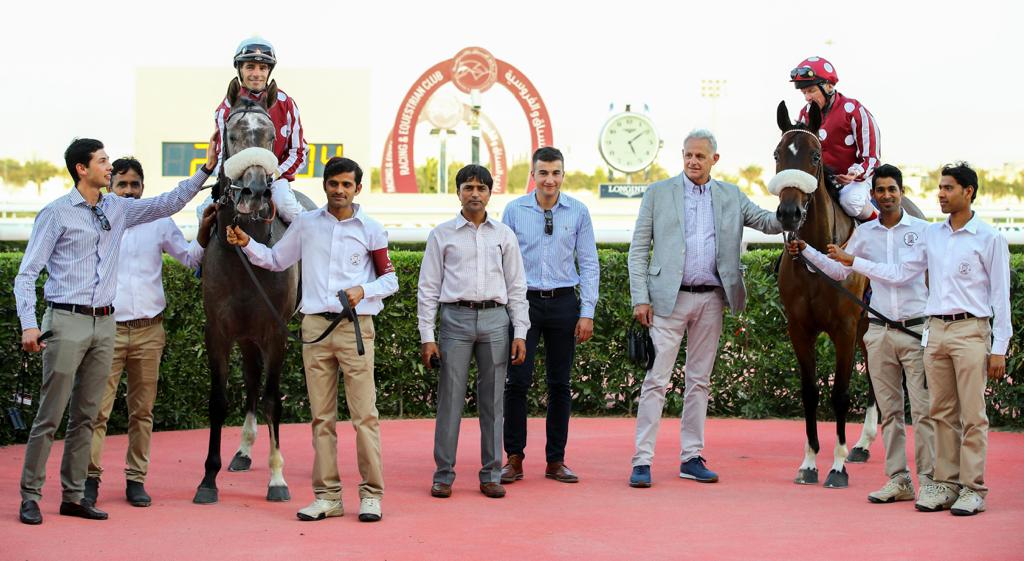