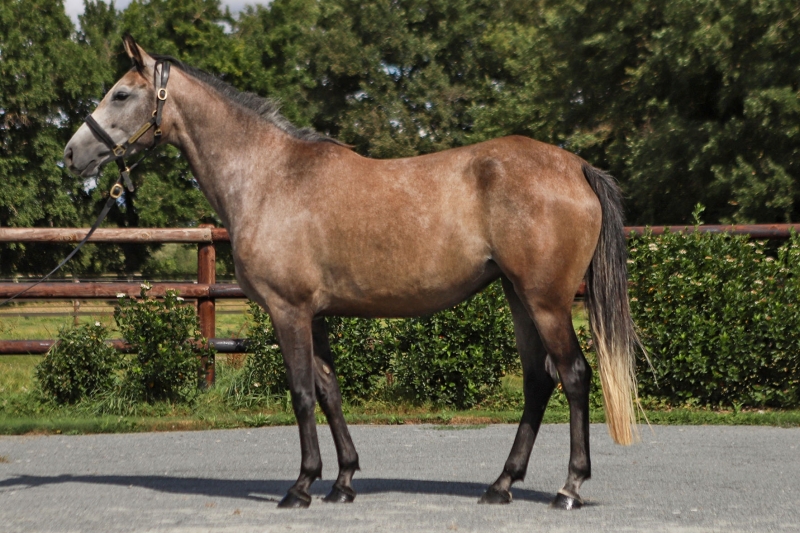 Almayholah, consigned by the Grand Courgeon Stud, is a four-year-old mare who never ran and who was covered for the first time in April by Al Mamun Monlau.
Her sire Dahor de Brugere, unbeaten at three, was the best three-year-old colt in 2012 thanks to four victories, including 2 Group 1 PA races. Following a pause of twelve months, he ran again at the age of five when he lifted two races, including the Group 2 PA Prix Dragon. Following his one and only defeat when finishing third in the Group 1 PA Qatar Arabian World Cup, he was retired to stud.

Her 1st dam: Vahioline by Dormane was a winner of the Prix Madou in her three-year-old season and is the dam of Lazairg by Dahess, who won 9 races in Morocco.