THE GRAND COURGEON PUPILS MADE A DOUBLE AT DOHA 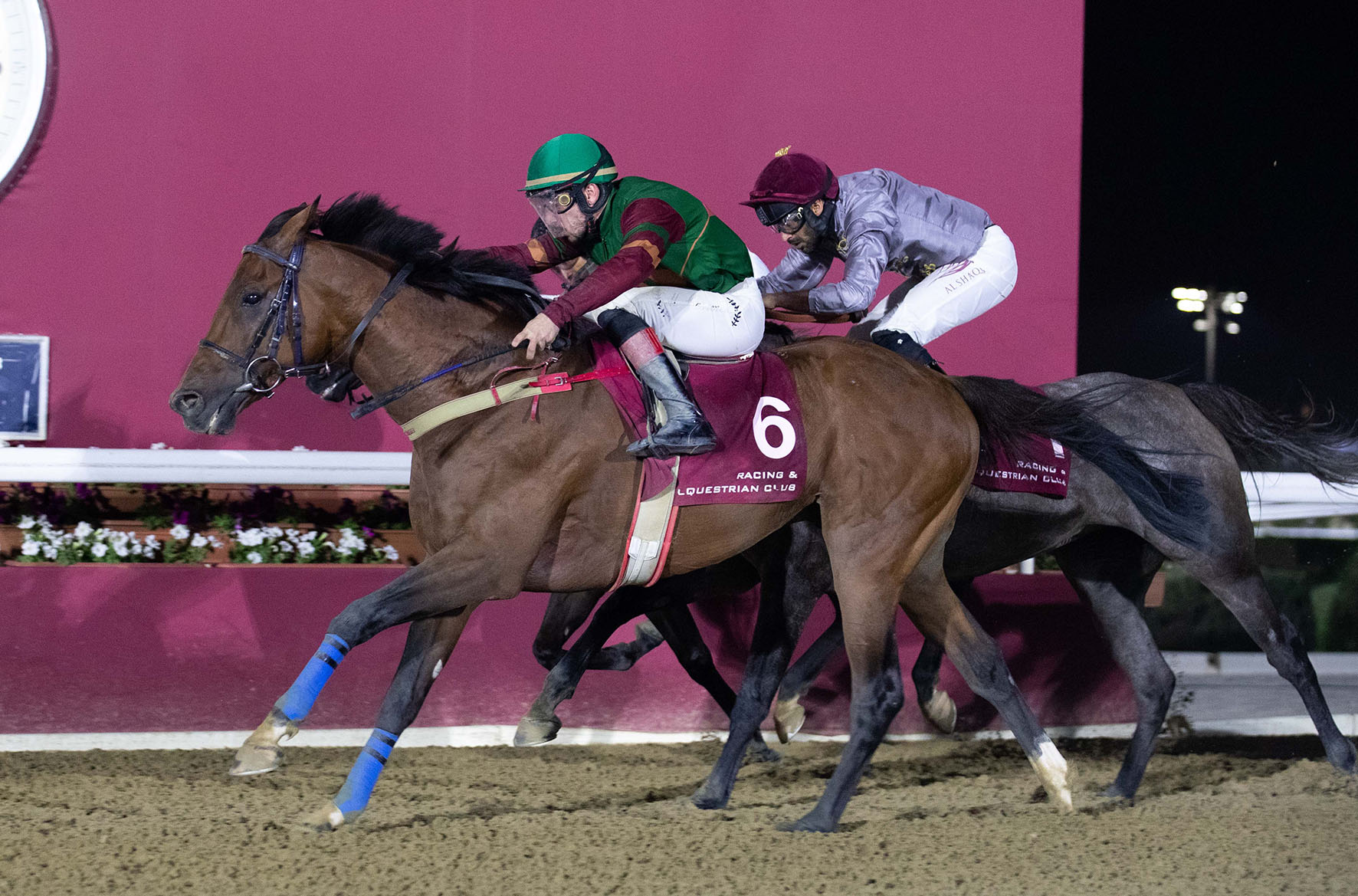 On 16 November, the five-year-old Nakheel by General out of Sarahmina (Tornado de Syrah), won a 1900 m PA Handicap race, followed by a half lenght by the six-year-old Meethag by Dahor de Brugere out of Al Nachmiya (Azadi). Both were born at the Grand Courgeon Stud, the winner bred for the SCEA of the Haras de Victot and the runner-up for Al Shaqab Racing who owns him.

Nakheel, who carries the silks of Al Hajaj Sud is trained by Gassim Ghazali and Meethag is trained by Eric Lemartinel. Marco Casamento rode the winner and Faleh Bughanaim was partnered with the second.